Yiddish is a Germanic language, but it has influences from Hebrew and (to a lesser extent) some Slavic languages, and it is written using the Hebrew alphabet.

100 years ago Yiddish was spoken by approximately 18 million people. It began to decline as Jewish people dropped their language in an effort to be seen to integrate more with their neighbours. After the Holocaust, the language almost disappeared completely and there are now only around three million speakers. It is listed on the UNESCO endangered languages list as “definitely endangered”. The language is, however, experiencing a revival.

Related posts: X is for Xhosa   Z is for… 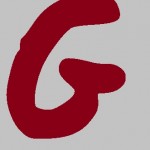 Although one of the most important languages in Europe, having more speakers than any other EU language, German is not widespread outside the continent. It is spoken in Germany (naturally), Austria, Luxembourg, Liechtenstein, Switzerland and Belgium.

It is characterised by its four cases (nominative, accusative, genitive and dative) and its three genders (masculine, feminine and neuter). It uses a Latin script but has ß (equivalent to ‘ss’) as a letter which doesn’t occur in English.

The word order in German is very strict, although it seems odd to English speakers. The verb is the second idea in the sentence, but as most English people are aware – there are certain constructions which send the verb scurrying to the end of the sentence, making the final word order quite unlike English.

"Reading changes our lives, and our lives change our reading."— Maryanne Wolf